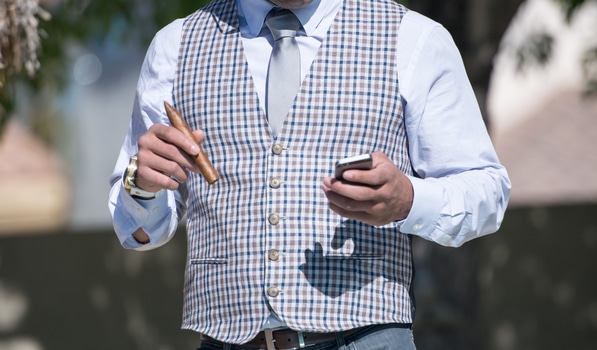 Should you suddenly become uber-wealthy, you'll want to purchase a pricey art collection, which is 2.6 percent of the biggest estates. For those with only $10 million to $20 million in assets, a small collection, valued at about 0.6 percent of your estate, is almost de rigueur. There are extreme differences in the superrich and the very very rich, one of which is that uber wealthy families own far more art. The IRS gave a good look when it released estate tax data of what the wealthiest Americans owned when they passed, and where their assets went. Who doesn't love to see what's in someone else's wallets?

Before we get to the fascinating details reported in The Wall Street Journal's "When the Superrich Die, Here's What's in Their Wallets," we need to cover a few basics. The information reported in the data sample comes from returns filed in 2014; in other words, from estates of people who died in 2013. And it should be noted that the estate tax applied to estates of individuals over $5.25 million and a top rate of 40%.

The most important thing to remember about the estate tax is that it really doesn't apply to most folks, just to a few of the very rich. Congress increased the exemption and indexed it to inflation, ensuring that almost all of the 2.6 million people a year who die in the U.S. need not worry about estate tax. That leaves just the very wealthiest in the country.

Fewer than 12,000 estate tax returns were filed in 2014—more than 50% of those didn't yield any tax for the federal government.

The data showed that the uber-wealthy don't provide much information about the ways they shift assets out of their ownership or the planning maneuvers that can decrease the size of estates prior to death. Those who died with more than $50 million (the top tier) were heavily invested in stock and closely held businesses.

Those who were rich enough to file an estate tax return–but not at the very top–relied much more heavily on retirement accounts like 401k's and real estate. The types of assets change as people get wealthier. The merely rich have houses, cash, farms and retirement accounts. The very rich have bonds and real estate. But the very, very rich own art and stocks of businesses which they often want to pass to future generations.

The richest people pass on smaller shares of their estates to their heirs and it's not merely due to the fact that more of their wealth is subject to taxation. They tend to have bigger debts and make bigger charitable contributions. Charities collected $18.4 billion from bequests from the returns filed in 2014, with 58% of that coming from just 1.4% of estate tax returns.

Whether you're "uber-rich" or just getting by, you can truly benefit from a discussion with a qualified estate planning attorney.

Where Is Aaron Hernandez’s $9 Million?

It appears that Aaron Hernandez, who committed suicide while in prison, might have placed money in an irrevocab... Read More »

Check with Attorney before Challenging Estate

The outcome of a challenge to an estate isn’t guaranteed and could backfire, according to the Wills, Trusts & Esta... Read More »

Charles Manson, who died in prison in November, knew he had an estate and he made plans for it to go to his pen pal, ac... Read More »